Can A Color Be Protected By Trademark? 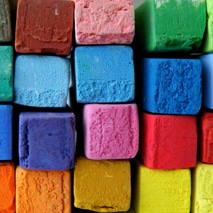 A trademark will protect many things, but can it protect a color? This question was posed in a lawsuit filed against Yves Saint Laurent America, Inc. by Christian Louboutin.  Louboutin is a French shoe designer who is very well known for his collections of women’s high heel shoes with bright red outsoles.  Most women are familiar with the red soled shoes, and associate the color with the designer.  The red soles have become a status symbol, a sign of luxury and wealth.  In 2008, Louboutin obtained a US Patent and Trademark for his signature red sole shoes, which are priced from $535 to $4,645 a pair.

Yves Saint Laurent, another well known fashion powerhouse, produced red soled shoes in their 2011 collection.  Louboutin saw this as a dilution of his trademark and filed a claim of trademark infringement under the Lanham Act (the Lanham Act has previously been applied as the basis for the proper use of a color as a trademark in the fashion industry, these cases are limited to marks that have “distinctive patters or combinations of shades,” as in the Burberry grid-like check pattern), as well as related state and federal law claims against YSL.  In the 2011 decision, Louboutin’s motion for preliminary injunction was denied.  The Judge did not see the red soles as a protectable mark, since color cannot serve as a trademark if it is functional. The Judge’s opinion was that Louboutin’s trademark has an aesthetic purpose which obstructs fair competition.

Other brands that are known for their signature colors stand to lose as well.   Tiffany & Co. is known for their robin’s egg blue used in connection with fine jewelry.  In support of Louboutin Tiffany’s filed an amicus brief, reinforcing his position on color and trademarks.

On January 24, 2012 in Louboutin’s appeal of the decision, Louboutin argued that the Judge erred, “By putting a distinctive red color on the previously ignored bottom portion of the shoe, Louboutin established a strong brand identifier. The red outsole has no [other] utility.”  He was then asked if he wanted to trademark “the color red,” as suggested by YSL.  Louboutin responded, “We don’t claim basic red.”  Louboutin’s lawyer elaborated that the designer only wanted to protect “a particular color, in a particular place, on a particular item,” and “its trademark status has been conferred upon it by the consuming public.”  They have compared the red soles to other valid fashion trademarks like Burberry’s plaid and Gucci’s stripes.

Yves Saint Laurent countered the appeal claiming that according to the U.S. Supreme Court’s 1995 opinion in Qualitex v. Jacobson Products, (which decrees that a color can be trademarked strictly in the event that it “can act as a symbol that distinguishes a firm’s goods and identifies their source, without serving any other significant function”) Louboutin does not qualify for trademark registration.   They say that by Louboutin’s own admission the red sole has an aesthetic purpose and when color serves a singular aesthetic function and is not a source of brand identification.  A decision on the appeal is expected this spring.

There is a lot at stake for Louboutin and his red soled shoes.  If other competitors were allowed to produce their own red soled shoes would women spend hundreds or thousands of dollars on a pair of Louboutins?   If there were hundreds of other red soled shoes, much less expensive, Louboutin’s may lose their secondary meaning of wealth and luxury.  And if the Louboutin decision is upheld, this ruling may affect the validity of other color trademarks in the fashion industry.  However, there are concerns that if other designers lay claims to additional colors it could lead to the eventual exhaustion of available colors.

Businesses put substantial resources into the development of their brand.  Color is often a key component.  The appellate decision in Louboutin v. YSL could have a major impact on the use of color in branding campaigns.

The business attorneys at Fisher Stark endeavor to use the evolving case laws to assist business leaders and entrepreneurs to grow their businesses and help their customers.  Call us today so we can assist you with your business needs.  We proudly offer our services to businesses in the communities of North Carolina including Asheville, Waynesville, Brevard, Hendersonville, Lenoir and Morganton.