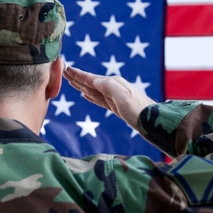 A study in older war veterans, many of whom were Vietnam vets, raises new concern about the effect of traumatic brain injuries in later life. The study, conducted by the Alzheimer’s Association, reported that suffering a brain injury nearly doubles a person’s chances of developing dementia in later life. All of the 280,000+ study participants were over 55 years old, since dementia is associated with that age demographic, and most had suffered their brain injuries during active duty in one war or another.

Following the study, which looked at the medical records of hundreds of thousands of war vets, researchers presented their findings at the Alzheimer’s Association’s annual international conference, held in Paris. At the beginning date of the ex post facto study, only 2% of the participants’ records showed traumatic brain injury, and none of the study group had dementia. The risk of dementia, researchers found, was more than twice as high (15%) in those that had suffered any kind of traumatic brain injury as those who had no record of severe head trauma (7%).

This information is particularly frightening, considering the number of brain injuries the wars in Iraq and Afghanistan continue to produce in U.S. soldiers. Traumatic brain injuries, already touted as the token injury of the wars, have been found to actually be far worse than scientists initially thought, and account for 22% of casualties and 59% of blast related injuries. While the body Kevlar worn by troops sufficiently protects their torsos and there are often no outward signs of injury from the bomb blasts, the blasts cause alteration to cells deep within the brain, changing their metabolism, and causing them to die. The cellular death causes traumatic brain injury, the symptoms of which may not be seen for months or years and include, among other things, memory loss, anxiety, and others similar to the symptoms of dementia. Military and civilian scientists now say that these injuries, much more damaging and complex than a concussion, cause long lasting neurological deterioration and brain damage that grows exponentially worse over time.

One of the things that’s so upsetting about the number and nature of traumatic brain injuries coming out of the Iraq and Afghan wars is that the damage, at onset, is so microscopic that it can’t be detected with standard imaging tests. Though it is certain that these brain injuries are simultaneously less visible and more damaging, little is known about how to avoid them or stop the harm from progressing, once the injury has happened. The damage occurs when energy from the blast pressure wave—which travels near to the speed of sound—enters and courses through the body; this is not prevented by the military issued body armor worn by the troops. Scientists concerned about the long term effects of these formerly unstudied types of traumatic brain injury are doing all they can to learn about prevention and treatment.

The attorneys at Fisher Stark are committed to using our experience in helping people with traumatic brain injuries and making our community a safer place. If you or someone you know has questions about their injuries or treatment, please one of our injury lawyers at (828) 505-4300. We serve all of North Carolina including Asheville, Rutherfodton, Charlotte, Marion, Black Mountain, Greenville and Raleigh. We would love to have our experience work for you.