Alternative Dispute Resolution techniques are popular methods to resolve legal issues without going to trial. Two of the most common techniques are arbitration and mediation. But what are the differences between the two? 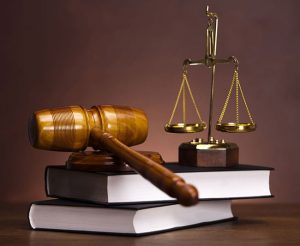 Arbitration is a simplified version of a full trial.

Another alternative dispute resolution mechanism is arbitration. This process is basically a simplified version of a full trial after parties finish conducting discovery. During an arbitration, parties often engage in limited discovery, although the Rules of Evidence are less stringent.

What happens during arbitration?

Arbitration often happens in front of a panel of three arbitrators. Each party begins by selecting a proposed arbitrator of their choosing and then those two arbitrators select the third arbitrator to sit on the panel.  Just like a trial, the parties present their evidence and case to the arbitration panel which then renders a decision. Depending on the circumstances, the panel’s decision may or may not be binding. 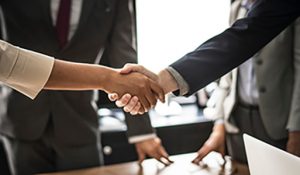 Arbitration and mediation are two popular forms of non-dispute resolution, usually saving time and money over going to trial.

Mediation is an informal alternative to going to Court. In North Carolina, mediation is required after parties are already in Court. So, filing a case in North Carolina Superior Court automatically results in Court-ordered mediation.

Using mediation helps many types of cases ranging from juvenile felonies to federal government negotiations with Native American Indian tribes. Mediation has also become a significant method for resolving disputes between investors and their stock brokers.

What happens during mediation?

Typically, there is a mediator who is a trained negotiator. Certifying mediators by the State means they are experts at mediated negotiations. Mediation begins with parties gathering before the mediator , each side giving its thoughts on the case. Then, in attempting to resolve issues, the parties break out into separate rooms. Then, the mediator is acting as negotiator, going between the rooms to try and reach a resolution.

Spending time going back and forth between parties is what mediators do until;

Mediators cannot force opposing parties to settle. But, when settlements do occur, mediators often reduce agreements to writing. Once documented, agreements are binding.

There are other types of alternative dispute resolution which can be utilized. The attorneys at Fisher Stark, P.A., are well versed in many of them. We routinely conduct mediation as well as arbitration involving our clients.

While we are trial attorneys and enjoy the Court process, often times a mediation or other alternative dispute resolution mechanism is in everyone’s best interests to resolve matters.

If you or someone you know has questions concerning arbitration, mediation or other forms of alternative dispute resolution, contacting experienced business attorneys like those at Fisher Stark, P.A., helps protect your rights.

The experienced business attorneys at Fisher Stark, P.A., can assist with arbitration, mediation and other forms of alternative dispute resolution.

Asheville, NC, Business Attorneys, Perry Fisher, Brad Stark, and Megan Silver are experienced with client mediation and arbitration issues. They can also help with other forms of non dispute resolution in an attempt to avoid Court.

To discuss you arbitration and mediation needs, use the Contact Us page or call call 828-505-4300.