Two people have died from Legionnaires’ disease, which has been linked to the NC Mountain State Fair. The State Department of Health and Human Services confirmed that over 120 people have contracted Legionnaires’ disease and its milder form, Pontiac Fever. Patients and their families are now seeking legal counsel as medical bills and time away from work are mounting up.

The source of the outbreak is believed to be a hot tub exhibit or exhibits at the North Carolina Mountain State Fair. The exhibits were open from September 6th – 15th at the Western North Carolina Agricultural Center in Fletcher, which is just south of Asheville, NC.

More than one-third of the patients are Buncombe County Residents. Residents from over a dozen other counties, and even from out of State, have contracted the disease. Health officials are encouraging everyone who may have passed by the hot tubs to seek medical attention immediately if they are showing any symptoms of the disease. 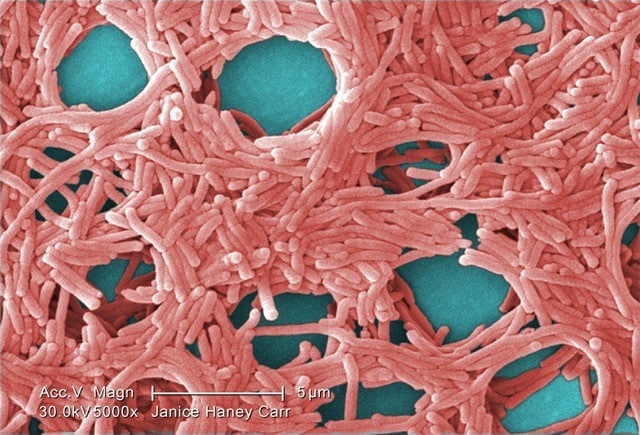 What is Legionnaires’ Disease?

Legionnaires’ disease is a severe form of pneumonia caused by legionella bacteria. The bacteria must be inhaled from water or soil, which is why the hot tubs are the most likely source of the outbreak. The steam from the hot tubs was likely inhaled by hundreds of State Fair visitors.

People with weakened immune systems, older adults and smokers are most susceptible to Legionnaires’ disease. But, patients who have been identified from this outbreak range from 24 to 90 years old and some came to the fair with no prior health issues. Legionnaires’ disease is curable with antibiotics if treated promptly, though some patients may face serious complications that could be long lasting.

Legionnaire’s mostly affects the respiratory system, but it can cause infections in wounds and other parts of the body. Patients will usually experience one or more of the following Legionnaires’ disease symptoms within 2 – 10 days after exposure to legionella bacteria:

If you are exhibiting any of these symptoms, see a doctor immediately. Be sure to mention if you visited the NC Mountain State Fair.

Pontiac Fever is a less severe infection from legionella bacteria because it does not infect your lungs (it is not pneumonia). Symptoms arise much quicker, from a few hours to 3 days after exposure.

Pontiac fever resembles the flu and can clear up on its own. However, Legionnaires’ disease has similar symptoms and can be fatal. It is better to be safe than sorry if you think you may have been exposed to legionella, especially if you visited the Mountain State Fair.

With over 120 confirmed cases of Legionnaires’ Disease, patients and their families want answers and are seeking legal counsel to get them. Patients and their families are also facing medical bills and other damages due to the preventable outbreak. Two families are even dealing with the death of a loved one. Health officials and attorneys are first working toward determining the source of the bacteria and then who is responsible for its presence.

Legionella Outbreak Patients May Be Able to File a Lawsuit

Fisher Stark, P.A. of Asheville, NC is already representing one patient who was exposed to Legionella bacteria at the Mountain State Fair. Other patients need to come forward and form a united front to prevent an outbreak like this from happening again.  Depending on who is responsible for the outbreak, the lawsuit will be against a private party or potentially against the State of North Carolina, or both.

Fisher Stark, P.A. is experienced with both private and State lawsuits.  Fisher Stark, P.A. is a local law firm with local attorneys who understand the juries in Western North Carolina. The attorneys at Fisher Stark have tried more than 180 jury trials to verdict and stand ready to help those injured and harmed by the carelessness of others.  What happened at the State Fair was preventable if basic safety rules and precautions would have been followed and with assistance of counsel those impacted can receive fair compensation and help make WNC safer by assisting in keeping this from happening again.

What Do I Do If I Got Legionnaires’ Disease or Pontiac Fever from the Mountain State Fair?

First and foremost, seek medical attention if you haven’t already. Next, compile all documents and pertinent information relating to your case, such as:

Next, contact Fisher Stark, P.A., or call us at 828-505-4300. We are already representing one patient who has suffered from exposure like you or your loved one. We can help. Your initial consultation is free, so there is nothing to lose and possibly a lot to gain.