Should You Sue Your Physician For Medical Malpractice or Negligence? 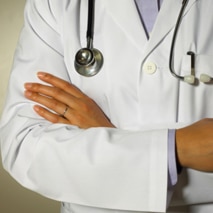 Medical malpractice and doctor negligence are topics that have received a lot of attention in recent years. Studies show that only 1 in every 25 patients injured by preventable medical outcomes or negligence end-up bringing a lawsuit against their physician.

The most recent claims trend analysis from the Physician’s Insurance Association of America “2010” provides the following data:

64% of the claims filed result in no payment by the doctor whatsoever
27% result in settlement such as waiving the negligent doctor’s bill
Only 7% of the cases go to trial
Of the cases tried, 1 in 7 results in a verdict for the injured person

What do these numbers mean? For every 357 acts of preventable medical negligence, one patient is deemed worthy to have their injuries appraised positively by a jury. For that one, the median jury verdict was $302,600.

You decide, do these numbers support the myth of out-of-control juries levying multi-million dollar awards against doctors based on simple and preventable bad outcomes? The community and the media have drunk from a cup of misinformation; but let’s look at who is filling up?

24 out of 25 people harmed by preventable medical outcomes did not bring a lawsuit. If 481 suits were filed in North Carolina then approximately 11,544 North Carolina citizens were injured but unable or unwilling to seek accountability for their injuries.

As of December 2010, 20,752 physicians were rendering medical services (not teaching, research, retired or other) in North Carolina. This number has increased every year in the last decade.

According to its own February 25, 2011 Press Release, Medical Mutual Company of North Carolina’s “Strong earnings” allowed the company to grow its capital base to $233 million dollars.

Medical Mutual reports that during 2010 claims and related defense costs decreased by 19%.

Medical Mutual reports that 367 lawsuits were filed against doctors which it insures in North Carolina in 2010. That is 1 suit for every 26,000 North Carolina Citizens..

What happened to the other $111,000,000.00 from the premiums collected? Let’s guess that cups of misinformation must be expensive.
What happened to the other 12,312 people estimated to have been injured by preventable negligence in 2010? Each of these folks have names and faces, families and friends. Who provided the assistance needed for them to regain use of the remainder of their bodies, overcome their injuries, or helped their families provide the needed assistance as they try to overcome the injury in their attempt to return to productive members of society? If they got compensation or assistance at all it was from the taxpayers…..all of us. Government provides the necessities when persons responsible have skipped out of their responsibilities.

We serve all areas of North Carolina including, Raleigh, Durham, Greenville, Greensboro, Asheville and Wilmington. If you or someone you know has been injured, call us at (828) 505-4300 to see how we can help you.