Frivolous Lawsuits and The Justice System 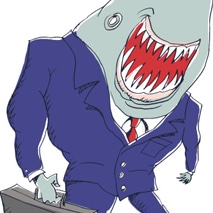 Over the last few decades, the justice system has been under attack. The word “lawsuit” has become a manner of pejorative term, synonymous with “unreasonable action.” Just this month, a website listed a story about a graduate student who sued his law school over a lack of job offers, followed by a story about a mother who sued Chuck E. Cheese, saying that the games therein encourage gambling later in life, and a school being sued because it kicked cyber bullies off the cheerleading squad. Public opposition to lawsuit abuse has seen the creation of groups like Citizens Against Lawsuit Abuse (CALA), which has members in states like California, Maryland, and Texas, and which aggressively foments about the “lottery where dubious claims lead to a huge payday.” The group issued a report, based on a poll during their “Sick of Lawsuits” campaign, which claimed that 79% of respondents believed that legal advertisements encouraged this kind of abuse.

There are important things to remember about lawsuits. First, frivolous lawsuits like the ones mentioned above are extremely rare and, in North Carolina, nearly non-existent. A trained legal expert believed in the legitimacy of the suit to begin with or it would have never made it to a judge. By the time the suit gets to court, a judge has already reviewed it and determined that it is a valid claim for litigation.

There’s a difference between a frivolous lawsuit and a lawsuit that is necessary to protecting human rights under the law, and the latter far outweighs the former, which is nothing more than an infrequent outlier. Assume you are sitting at a red light and are hit from behind (rear-ended) by a vehicle, which results in a bulging disk in your back. The debt you accrue as a result of that—to cover therapy, surgery, and the damages to your vehicle—should be transferred to the person who hit you and, by proxy, the insurance company that they pay in trade for protection against this type of occurrence. The insurance company then, has more reason than anybody to cry “frivolous lawsuit,” and cry they do. In fact they may, and have, gone so far as to pull up medical records detailing the time you went to the chiropractor four years ago when your back was sore from horseback riding.

The number of lawsuits that the insurance company has refused to pay over the last decade has risen drastically, but have your insurance premiums gone down? When the insurance company simply won’t pay settlement for what is clearly a legitimate lawsuit, when the insured defendant simply can’t pay settlement, then that burden passes to the taxpayers. The financial responsibility becomes yours and mine, purely because the financially able but gluttonous corporate insurance company waved the flag of “frivolous lawsuit,” (a practice made easy by the negative public opinion surrounding lawsuits) and avoided paying what they were morally obligated to pay.

These insurance companies survive and thrive on dodging responsibility. In the wake of so many instances of lawsuit abuse in the 1990s and 2000s, insurance companies find this increasingly easier. If the general public is already eager to believe that a lawsuit is unjust, unwarranted, or frivolous, it opens the door to convincing juries that the lawsuit before them is not valid. It leaves room for too many people to believe that “good folks” just don’t sue. Our office believes that “good folks” take care of each other, and we are committed to making sure that whoever is responsible for the harm takes responsibility for the harms that they caused and care for their neighbor by making good on their obligations.

At Fisher Stark, we simply do not take frivolous lawsuits. We understand the difference between the woman who is displeased with the entertainment options at Chuck E. Cheese and the father who is in need of surgery because he was injured at a stop light by the bad driving choices of another. Furthermore, we have enough respect for plaintiffs, defendants, and jurors alike to not waste their time and ours with a frivolous lawsuit. Most importantly, we are aware of the myth of the frivolous lawsuit and the negative effects this myth has on legitimate claims. We have enough experience battling that myth to serve our clients well and make sure that the whole courtroom can see the legitimacy of the claim that we believed in enough to fight for.

If you have been injured and are considering a lawsuit, you don’t have to feel ashamed and you don’t have to fight the battle on your own. Please contact an attorney immediately to ensure that your claim gets taken seriously and that your rights aren’t pushed to the side of the road by the “frivolous lawsuit” bandwagon.