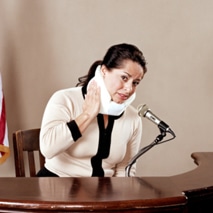 Injury comes in many forms and in the legal sense, personal injury can often be quite varied. There are literally tens of thousands of specific injuries that can occur to the human body, but those most commonly reviewed in a courtroom can be parsed into a few broader categories. The following are some of the types of injury that you might see in a personal injury case:

Thoracic trauma is the second leading cause of death in patients under the age of 18 who are admitted annually to hospitals. The general effects of thoracic trauma are chronic pain, difficulty breathing, and reduced endurance. The dangerous thing about thoracic trauma is that, unchecked, it can lead to more complicated problems involving the whole system. The mortality rate for isolated thoracic trauma is somewhere around 5%, but rises to five times that number when combined with another injury to the torso or head. Of those thoracic traumas that require medical treatment, it’s estimated that around 85% are caused by blunt force to the chest.

The most frequent of cranial head injuries is what is called a closed head injury. These injuries are very common, particularly among athletes and include any head injury that does not penetrate the skull. Left undiagnosed or untreated, a concussion or traumatic brain injury can easily be worsened by the activities a person performs simply because they are unaware of the severity of their injury.

Vertebral injuries are most often associated with thoracic trauma, traumatic brain injuries, and other cranial injuries. A spinal cord injury is precisely what it sounds like: damage to the spinal cord that causes reduction in mobility or function. This is different from a back injury; the spinal cord may stay intact, but the nerve damage caused by the injury could be severe. The most common effect of these types of injury is that they cause the nervous system to function improperly, causing numbness or chronic pain or, in the most extreme cases, paralysis of the lower and/or upper extremities.

Burns are categorized by their severity, which is determined by looking at what layers of the skin are damaged. First degree burns (now called “superficial”) are burns that affect only the top layer of skin, the epidermis. When the second layer of skin, the dermis, is damaged by the burn it’s called, fittingly, a dermal injury (formerly dubbed “second degree burn”). Third degree burns (now more commonly referred to as “full thickness injury”), like those suffered by the victim in the infamous McDonalds Hot Coffee lawsuit, cause damage to the fatty subcutaneous layer. Damage below that, to the muscle, is called “full thickness burns” or “fourth degree burns.”

These injuries involve damage to the muscles. In many personal injury cases relating to car crashes, the injured person has suffered injury to the muscles of the back, chest, and extremities, often resulting in Cervical Acceleration/Deceleration Trauma, more universally termed “whiplash.” Musculature injuries, including whiplash, are less immediately severe than other types of injury. The danger, in instances of musculature injuries, particularly those involving the back and neck, is chronic pain and stiffness. In many cases, a person who is in shock from a car wreck doesn’t realize the occurrence or severity of the damage to their muscles and, neglecting to get a medical exam, ends up paying for it weeks, and even years, down the road.

These injuries occur due to various causes, and come in different forms. A fracture is an injury that occurs from breakage, which can be either complete or partial depending on the force of the trauma. Fractures are the most common skeletal injury. A sprain is similar, but denotes damage to the ligament or tissue surrounding a bone, usually a joint. More long term ailments can occur as a result of traumatic skeletal injuries as well. Bursitis, a condition where movement causes pain in the joint, or osteomyelitis, an infection of the bone marrow are two of the more widely-seen of those long term conditions.

Pre-existing conditions often cause people who have been injured at work, who have been involved in a car crash, or who have received very poor treatment at a medical facility to suffer greater injuries. At Fisher Stark, we have seen too many people suffer at the hands of insurance refusals, people who think that they are alone in their fight. Our injury lawyers know that no one asks to be injured, and we know what it takes to get your life back on track when you or a loved one has suffered physical damage. We specialize in traumatic brain injury law and have handled many personal injury cases successfully. We serve all areas of North Carolina including Raleigh, Durham, Greenville, Greensboro, Asheville and Wilmington. If you or someone you know has been injured, call us at (828) 505-4300 to see how we can help you.